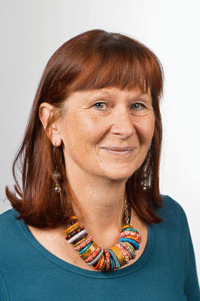 Angelika Schnieke studied bio-engineering in Hamburg and later obtained her Ph.D from the University of Edinburgh. She worked with Prof. Rudolf Jaenisch from 1978 to 1987 first at the Heinrich-Pette Institute, Hamburg and subsequently at the Whitehead Institute, Massachusetts Institute of Technology. Here she was involved in early development work on retroviral vectors, the production of transgenic animal models and gene knockouts. She subsequently joined Colorado State University where her research extended to the production of transgenic livestock species.

Between 1992 and 2003 she worked with the biotechnology company PPL Therapeutics in Edinburgh as Head of Molecular Biology, later becoming Assistant Director of Research. Research work at PPL focused on the production of pharmaceutical proteins in the milk of transgenic large animals, xenotransplantation, stem cell differentiation and the development of novel technologies for the production of transgenic livestock.

Some notable scientific achievements include: development of somatic cell nuclear transfer (Dolly the sheep), production of the first transgenic animal by nuclear transfer, and the first gene-targeted livestock animal.

Prof. Schnieke has held the Chair of Livestock Biotechnology since 2003 and served as Dean of the School of Life Sciences from 2013 to 2016.